The recognition that “other-than-human” entities have legal personality can be seen as an emerging eco-spiritual paradigm around the world. The Romans introduced jus gentium which provided the conceptual basis of “public trusts” and of “juristic persons”. Many sacred natural sites (SNS) are characterised as biodiverse habitats that have formed in response to ritual protection in the context of animistic beliefs rather than a ‘conservation ethic’. As far as many indigenous and local people are concerned, the numina that inhabit and enspirit most SNSs are “juristic persons” in all but name, and the numina engage in “spiritual governance” (Studley and Awang 2016). This article reviews the history and recent developments on this topic.

Recognition of other-than-human entities as juristic persons
Roman law recognised both natural persons and persona ficta, which were later known as “juristic persons” (Gierke 1868). Natural persons is the term used to refer to human beings who have certain legal rights automatically upon birth, which expand as a child becomes an adult. In contrast a legal or juristic person refers generally to an entity or legal subject that is not a human being, but one on which society has decided to recognise as a “subject of rights” and obligations (Sohm 1892;Shelton 2015). In the context of enspirited SNS (inhabited by a numina) the concept may be better understood with reference to the literature on “other-than-human personhood” (Hallowell 2002), “new animism” (Harvey 2006 Page 3) and “legal experiences with animated entities” (Petrazycki 2011).

Various attempts have been made since Roman times for according legal status to other-than-human persons (OTHP).

In a seminal article, ‘Should Trees Have Standing?’, Stone (1976) highlighted the absurdities of granting legal personality to corporations and ships but not animals, trees, rivers and ecosystems. He argued for conferring legal personality and rights on the environment because, as a rights-holder, the natural object would:

“have a legally recognised worth and dignity in its own right, and not merely to serve as a means to benefit ‘us’….”

Stone’s innovation was to propose that the interests of nature should be represented (in court) by a guardian and that the burden of proof should rest upon the party that has allegedly compromised the integrity of the ecosystem or organism.

Stone’s comments echoed remarks made by Justice William O. Douglas who argued in a landmark environmental law case Sierra Club v. Morton 1972 that environmental objects should have standing to sue in court because:

“Contemporary public concern for protecting nature’s ecological equilibrium should lead to the conferral of standing upon environmental objects to sue for their own preservation..” (US Supreme Court 1972)

In the years since Stone’s and Douglas’s comments, various innovations in law have allowed for the concept of juristic personhood to be expanded.

Recognising Mother Earth or Pachamama as a juristic person
In 2008, Ecuador became the first country in the world to declare in its constitution that nature is a legal person. Articles 10 and 71-74 of the Constitution of the Ecuador National Assembly 2008; recognize the inalienable rights of ecosystems, gives individuals the authority to petition on the behalf of ecosystems, and requires the government to remedy violations of nature’s rights (Republic of Ecuador 2011)

Bolivia followed Ecuador in 2009 by similarly giving Constitutional protection to natural ecosystems which were amended in 2010 (Legislative Assembly of Bolivia 2010). The amendments redefining the country’s mineral deposits as “blessings”, established new rights for nature and the appointment of an ombudsman to defend or represent Mother Earth.

The constitutional changes made by Bolivia and Ecuador resulted in a “Pachamama movement” that has spread to sub-Saharan Africa, Australia, Canada, India, Nepal, New Zealand, UK and USA and to “Harmony with Nature” resolutions in the UN (2009 2016 2015). Efforts have also been made to secure a Universal Declaration of the Rights of Mother Earth at the UN but these have not been forthcoming to date (Weston and Bollier 2013). 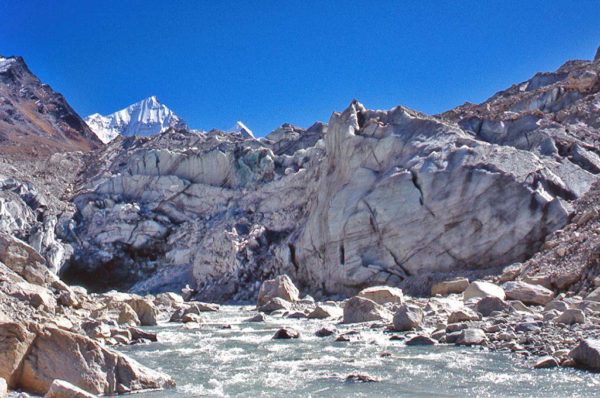 Recognising ecosystems as juristic persons
Although Stone and Douglas laid the foundations for “ecosystems” to become juristic persons, it was the New Zealand government that translated rhetoric into praxis, when it introduced legislation that covered ecosystems.

In 2014, New Zealand was the first nation on earth to give up formal ownership of a National Park under the aegis of the Te Urewera Act 2014 and declare the area known by the local Tuhoe as Te Urewera, a legal person (The New Zealand Parliamentary Counsel Office 2014).

Personhood means that lawsuits to protect the land (Te Urewera) can be brought on behalf of the land itself, obviating the need to show harm to a human being. The new legal entity is now administered by the Te Urewera Board which comprises joint Tuhoe and Crown membership who are empowered to file lawsuits on behalf of Te Urewera and  “to act on behalf of, and in the name of, Te Urewera” and “to provide governance for Te Urewera” (The New Zealand Parliamentary Counsel Office 2014).

Furthermore in a “statement of significance” (schedule 8) recognition is also given to the numina or kaitiaki (Jenkins et al 2016) that inhabit each of the 240 plus rapids (ripo) on the Whanganui River and are associated with a distinct hapu (sub-tribe):

“The kaitiaki provide insight, guidance, and premonition in relation to matters affecting the Whanganui River, its resources and life in general and the hapu invoke (karakia) the kaitiaki for guidance in times of joy, despair, or uncertainty for the guidance and insight they can provide”.

The legislation makes provision for two Te Pou Tupua or guardians appointed jointly from nominations made by iwi (Maori confederation of tribes) with interests in the Whanganui River and the Crown. Their role is to “act and speak on behalf of the Te Awa Tupua … and protect the health and wellbeing of the river” (New Zealand Government 2016).

“Ganga and Yamuna Rivers and all their (115) tributaries and streams…. are juristic persons with all the corresponding rights duties and liabilities of a living person” (Uttarakhand High Court 2017a)

The court appointed 3 officials to act as legal custodians responsible for conserving and protecting the rivers and their tributaries and ordered a management board be established within three months.

Expanding on their previous judgment (of 20 March 2017), the High Court of Uttarakhand re-examined a previous (failed) petition namely Miglani v State of Uttarakhand and Others and declared on 31 March 2017 that the Ganges and its Himalayan ecosystem were juristic persons. In contrast to the earlier judgment, the court recognised the role of other riparian states (under the aegis of an inter-state council), community participation and the importance of extending juristic personhood to the Himalayan ecosystem. It appointed 6 government officials to act as persons in loco parentis of the geographic features in the State of Uttarakhand and permitted the co-option of seven local representatives (Uttarakhand High Court 2017b).

The judgment quotes extensively from “Secret Abode of Fireflies” (Singh 2009) which underlines the sacredness of mountains (as the abode of deities), the sacredness of specific Indian trees and plants, and emphasises the “rights for nature”.

On the 2nd May 2017 it was publically announced in El Tiempo that the constitutional court of Colombia had declared that the Atrato River Basin was a “subject of rights” (i.e. a juristic person) and merited special constitutional protection (ABColombia 2017). The court called on the state to protect and revive the river and its tributaries. The state has been given 6 months to eradicate illegal mining and to begin to decontaminate the river (of mercury) and reforest areas affected by illegal mining (44,000ha). The court also ordered the national government to exercise legal guardianship and representation of the rights of the river together with the indigenous ethnic communities, mostly Emberas, that live in the Atrato river basin in Choco. Hopefully the legislation will allow the Emberas to secure standing and protection for some of their jaikatuma or spirit mountains (JusticiayPas 2009) and help to defend the ten Sitios Sagrados Naturales (or SNS) in Choco (CRIC undated ; OIA undated).

The African Commission on Human and Peoples’ Rights (ACHPR) resolved (8-22 May 2017) to “protect Sacred Natural Sites and Territories”. This was in response to a submission (29 March 2016) from ABN and GF for “a call for legal recognition of SNS and territories and their customary governance systems”. The call, however, was predicated on “Earth Jurisprudence” (Cullinan 2015) under the aegis of a pantheistic/panentheistic worldview (Berry 1996, Harding 2007, Lovelock 1979) rather than the animistic worldview that is common among most indigenous people who protect SNS (Studley 2014) 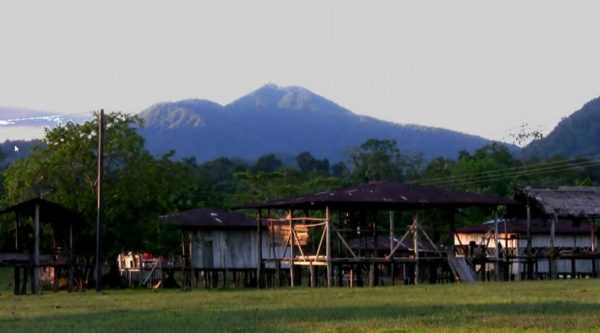 As a result of western “juridicalization” it would appear that other-than-human persons have to be “integrated into the circle of legal subjects in order to survive” (Stavru 2016). Both jurists and legal anthropologists (Malinowski 1926) have suggested alternatives to juristic personhood such as “legal relationships with animated entities” (Petrazycki 2011) and that juristic entities should be locally defined (by animists in this case) rather than by the court or government (Bohannan 1957) or western law (Deva 2005,Sawmveli 2016) or by Gaian pantheists (Berry 1996,Harding 2007,Lovelock 1979). It may, however, be easier for indigenous people to secure protection and standing (locus standi) for their SNS’s by co-opting the alien legal language of juristic personhood and infusing it with indigenous (animistic) meaning (Cajete 2000).

Although the semantics are different, most of the indigenous people who live closest to SNS (Studley 2014) accept other-than-human personhood, experience culturally specific legal relationships with enspirited entities predicated on contractual reciprocity, and regularly invoke their numina, thus empowering them to exercise spiritual governance over their SNS.

Currently many SNS’s in the homelands of indigenous people are rendered “invisible” in the eyes of organisations such as IUCN and Indigenous and Community Conserved Areas (ICCAs) because they are owned and governed by other-than-human persons. By recognizing SNS’s as juristic persons with standing predicated on spiritual governance by OTHP hopefully the “scales will fall from the eyes” of the conservation community leading to their international recognition and local protection.

For the last 100 years, courts in India have recognized that idols, deities and temples are juristic persons and within the last ten years this has expanded to include mother earth, “nature”, rivers and ecosystems. Given that a legal precedent has been established, surely it is time to re-coin and update Stone (1975) as it appears to be “absurd to grant legal personality” to temples, idols, deities, rivers, mountains, forests, meadows, and air but not animals or enspirited SNS in their totality!

“We are accountable to the past and future generations as well as all living beings through the laws of nature and our communities’ laws. The totems depicted on our sacred totem poles, the wolf, the bear and the killer whale, are a constant reminder of how we are expected to behave.” — Joe Martin, Tla-o-qui-aht, Indigenous peoples of Clayoquot Sound, Tribal Park