Paths to Peace, Sharing the Sacred: Finding Meaning for a Common Future

This is the featured Article of the Sacred Sites Research Newsletter Newsletter March 2019 Issue.

The Rise of Indigenous Rights

Commencing in the latter part of the 20th century and continuing into the 21 st , a global effort gathered momentum through different avenues to recognize and address the concept of Indigenous rights. Indigenous peoples are present throughout the world and their existence predates the current global system of nation-states. Each nation-state has followed its own approach towards Indigenous cultures, varying in degree between actions spanning a spectrum from reconciliation and accord to marginalization and outright extermination. The authority by which nation-states deal with Indigenous
peoples is tied to a history of European empires that in the 1648 Peace of Westphalia created a global
system based on nation-states holding sovereignty, wherein a nation-state holds exclusive control over
all population, territory, and resources within its borders. 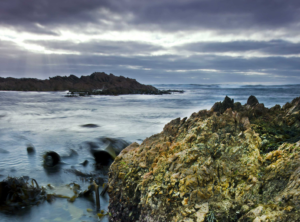 The conceptual primacy of nation-state sovereignty served to remove Indigenous civilizations from the
global order and subjugated them to non-Indigenous power, first from colonial administration and then
later national governments. The past few decades, however, has hosted a range of movements to erode
the status of nation-state sovereignty. Such erosion has come both from above, in the sense of a
burgeoning growth in the number of international institutions and international treaties that brought
nation-states within the rules of an expanding array of international regimes covering a host of issue
areas, and from below, in the sense of non-state social movements and social networks operating
transnationally to advance particular causes against nation-states. Among the issue areas and causes
has been the subject of Indigenous peoples. 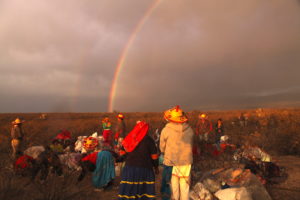 Much of the work for Indigenous rights is driven by a desire to resolve the legacies of harms done in the past to Indigenous civilizations under the Westphalian system. While laudable, it is still insufficient. If the ulterior purpose is a resolution of the past, then it is not enough to implement a rights-based system. Beyond the confines of a rights-based system, there is the larger space of worldviews spanning perspectives drawn from different values, unique experiences, and diverse ways of thinking. Such phenomena are important because they direct decisions by various peoples about how they understand life and what they want from it. In essence, they explain why people believe what they believe and why they do what they do. Thus, they offer some understanding about purpose, not just with respect to the application of rights but to the manner of living that rights are supposed to protect.
The work of a rights-based system carries the risk of conflict in that an aggrieved party claims a right
either to halt a perceived aggression from another party or to force some ameliorative action from
another party, suggesting action with a tenor of antagonization. The danger of conflict only furthers the harmful legacies of the past, which pitted imperial powers and then later national governments in
antagonistic relationships with Indigenous peoples. The motivation to resolve the legacies of the past
calls for work to prevent or mitigate conflict instead of sustaining or inciting it. As a result, it is necessary to work on deeper levels to bring non-Indigenous and Indigenous perspectives together.

There are examples of such kinds of work being done. Within cultural and environmental issue areas, a
host of actors are working to build relationships between non-Indigenous and Indigenous perspectives
to facilitate management systems over sites carrying cultural and environmental significance at local,
national, and international levels. Of particular note, the World Heritage system has sought to promote
the involvement of Indigenous actors in decision-making with respect to culture and environment
associated with Indigenous peoples, articulating principles such as self-determination, free prior
informed consent (FPIC), and equal treatment in governance systems.

Here too, however, some caution should be noted. If they are to be effective in resolving the legacies of the past, the above efforts must operate to nurture relationships with social capital—that is, meaningful relationships involving trust, communication, and familiarity. This is not to suggest that there is always consensus, but rather to provide a basis for finding mutually agreeable outcomes or otherwise, at minimum, a means of finding peaceful co-existence. Building sustainable relationships calls for efforts to integrate diverse perspectives in discourse, such as encouraging Indigenous voices to be heard alongside non-Indigenous voices and, more importantly, listening to Indigenous perspectives as having value commensurate to non-Indigenous ones. 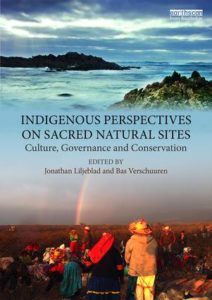 A reflection of the above philosophy is the book entitled Indigenous Perspectives on Sacred Natural Sites: Culture, Governance and Conservation (2019, Routledge, Jonathan Liljeblad and Bas Verschuuren, eds.). The motivation behind the book is to facilitate self-expression by Indigenous authors about their respective approaches towards sacred natural sites. The World Heritage system has pursued an agenda in recent years in support of conservation for sacred natural sites, and the efforts have encompassed sacred natural sites of Indigenous peoples. Much of the published work, however, largely comes from non-Indigenous authors, and so leads to cases of non-Indigenous experts writing about Indigenous cultures and the resulting exclusion of Indigenous voices from considerations of their own heritage. The subject of sacred sites carries a sensitive nature, particularly in situations when it is central to historically marginalized Indigenous cultures. In the spirit of resolving the legacies of the past and finding a more promising future, the book seeks to place Indigenous voices alongside existing non-Indigenous work on sacred natural sites and thereby enrich considerations within this area of conservation. The authors encourage other efforts pursuing similar goals and welcome discussions on ways to do so.

All places and all people are sacred. We have to recapture that, and respect even the smallest wood as well as the largest rainforest. — Rev. Canon David Adam, Vicar of Holy Island 1995–2003, in Wild 2010, Lindisfarne Holy Island.