"In our religion, there is tolerance, morality and openness, and the venerable Quran stands for knowlege and thought. Its verses do not call for sitting idly, unthinking, or go through life blindly. It has never been, at any time, against enquiry or the seeking of knowledge".
- His Majesty Sultan Qaboos, ruler of Oman, at Sultan Qaboos University, on 02/05/2000.

Site
On the easternmost tip of the Arabian Peninsula in Oman lies the Ras Al Hadd Nature Reserve with the important ancient trading town Ras Al Hadd. The reserve covers an area of 120 km, along a 42-km stretch of coastline. The reserve borders the Gulf of Oman in the North and the Arabian Sea in the East. Ras Al Hadd town was a trading point between East Africa, the Indian subcontinent and elsewhere in the Arabian Peninsula. Ancient settlements, monoliths and trilithons attest an early human presence in the area – among them, an ancient emblematic monument revering the sea turtle at the nearby Ras Al Jinz village.

Threats
Even if situated within a protected area, any animist altar is clearly endangered in Islamic society that seeks to do away with any other religious expression. Unless when people regard it as what it actually is – a relic from the past with little reference to current religious rpactice. Further north in the Arabian Peninsula, evidence of the Iron Age snake cult has also been recorded recently, and a Neolithic dugong (Dugong dugon) sanctuary has also been recently described on Akab Island in the neighbouring United Arab Emirates.

Vision
Both past and present communities at Ras Al Hadd Nature Reserve have been living in harmony with nature and have been largely dependent on sea turtles products, trade, and mythical qualities. It is hoped that the preservation of this culture will be seen as strength to the regions’ conservation and sustainable management of tourism.

Custodians
Animism is a common component in Asian ethnic spirituality, and even in the birthplace of Judaism, Christianity and Islam we find evidence of it. Regrettably, we understand that by describing the sacred site of the sea turtle altar we are contributing for its disappearance, since such practices are not acceptable in an Islamic society. However, we hope that the religious and governmental authorities understand the historic context of its occurrence, and we believe that this local cultural heritage from the past could remain preserved as an ancient relic of human history, guarded by the local community of Ras Al Jinz. The cult to the sea turtle may have been a common practice in pre-Islamic times, when zoolatry was widespread in the region, but the presence of fresher offerings to this deity also denotes a more recent role. More work would need ot be done ot look into the anthropology of the area and answer questions such as who do offerings today and what are these people’s traditions? How is their society organized and whow do they practice rituals?

Working together
The Ras Al Hadd Nature Reserve is managed not only by the local municipality, but as a protected area with several archaeological sites, it is also managed by the Ministry of Environment, the Ministry of Tourism, and the Ministry of Culture & Heritage.

"The more thought becomes diverse, open and free of fanaticism, the more it becomes a correct and sound basis for building generations, the progress of nations, and the advancement of societies. Inflexibility, extremism, and immoderation are the opposite to all this, and societies which adopt such ideas, only carry within themselves the seeds of their eventual destruction". - His Majesty Sultan Qaboos, ruler of Oman, to The Council of Oman, on 31/10/2011. 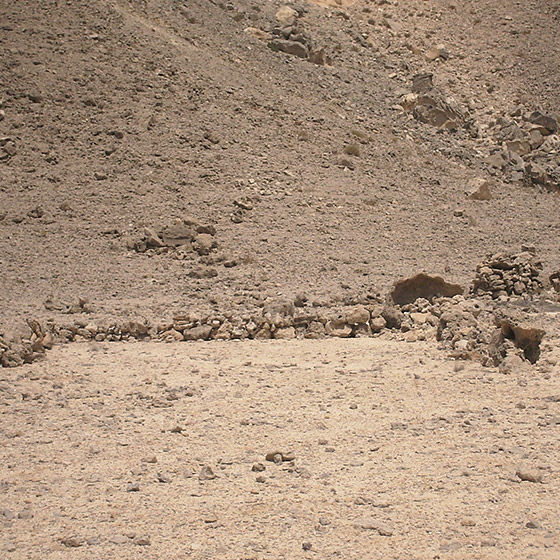 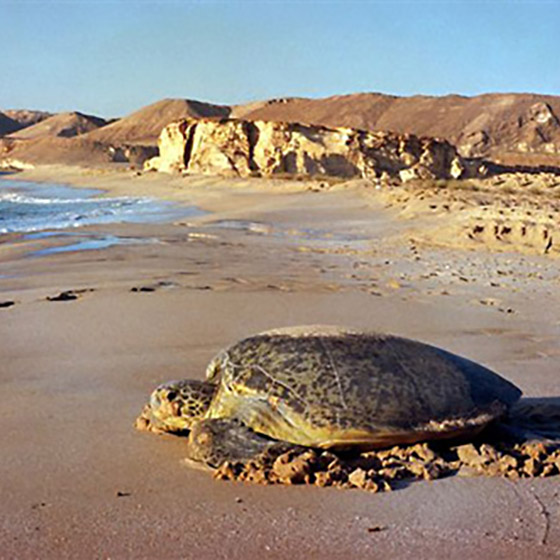 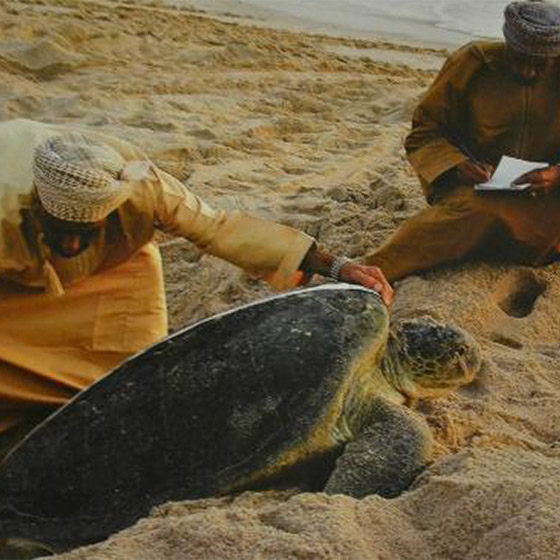 Policy and Law
Ras Al Hadd Nature Reserve and its wildlife are protected by Royal Decree 25/96, issued on 23/4/1996 by His Majesty Sultan Qaboos, current ruler of Oman. Although without success, on the 25/05/2013, the Permanent Delegation of the Sultanate of Oman to UNESCO submitted an application for a UNESCO Heritage Site status for Ras Al Hadd Turtle Reserve.

Management plans
Several management plans have been prepared for the area and are being implemented. Huge efforts have been directed to put in place the foundations to support the future economy of the country, based primarily on non-petrochemical resources; and ecotourism is indeed a viable option. It will be very difficult, at times, to strike a delicate balance between the socio-economical demands of local communities and overexploitation of natural resources.

Conservation tools
Since 1991, park rangers patrol the area, and turtle-watching activities are restricted to Ras Al Jinz North beach to reduce the impacts of ecotourism on other beaches. From 1991 to 2008, 9,483 ind. yr came for guided turtle-watching at Ras Al Jinz, where the Ministry of Environment had a permanent camp area for tourists. From 2009, Ras Al Jinz Scientific & Visitor Centre, set by the Ministry of Tourism, is touring and catering the visitors.

Results
It is clear that sea turtles have been playing an important role for the local community through the times. As a source of protein and of raw material for a variety of tools, sea turtles were an important part of past economical transactions, and had mythical qualities. Presently, at least 15,000 annual female green turtles Chelonia mydas nest on the two main beaches at Ras Al Jinz village alone. Sea turtle conservation is the main source of income for the local community, with many involved as park rangers, tour guides, or having other roles at the Al Jinz Scientific and Visitor Centre. Somehow, sea turtles are still magic for the people of Ras Al Hadd Nature Reserve.