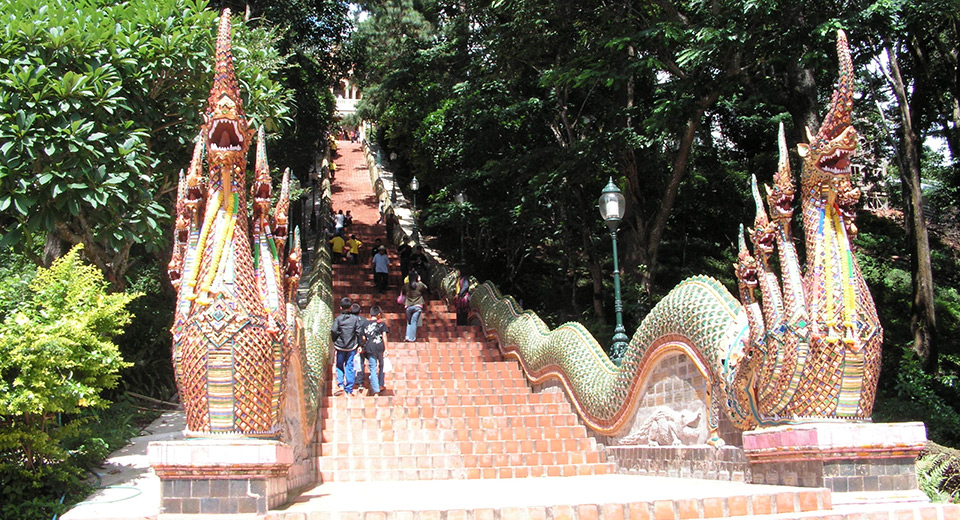 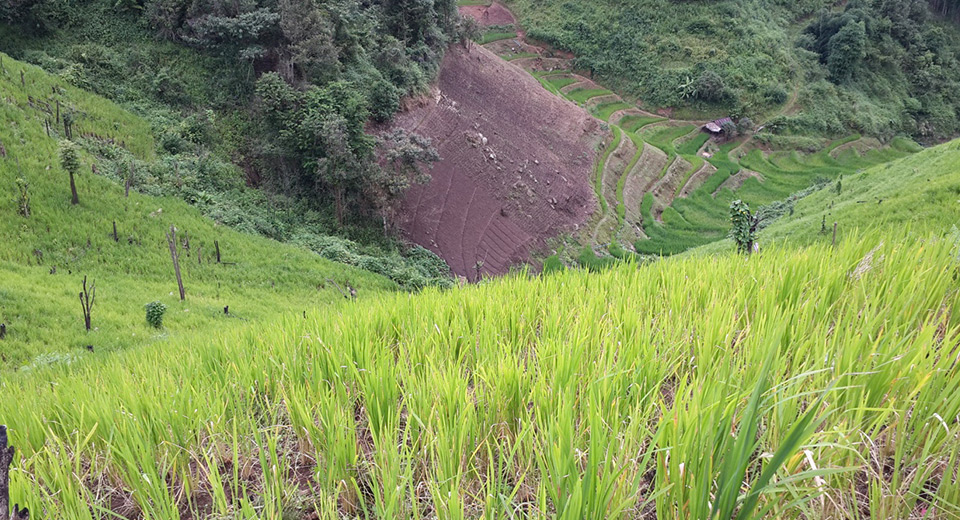 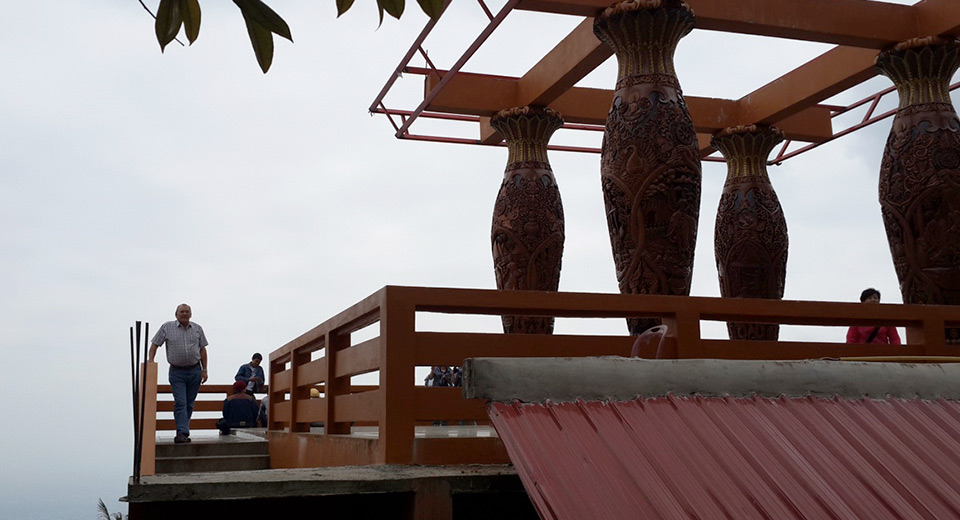 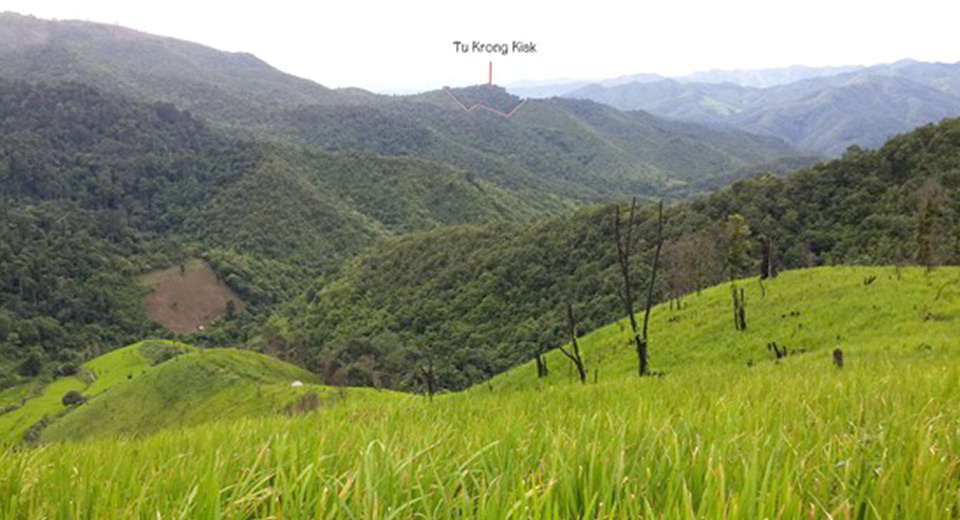 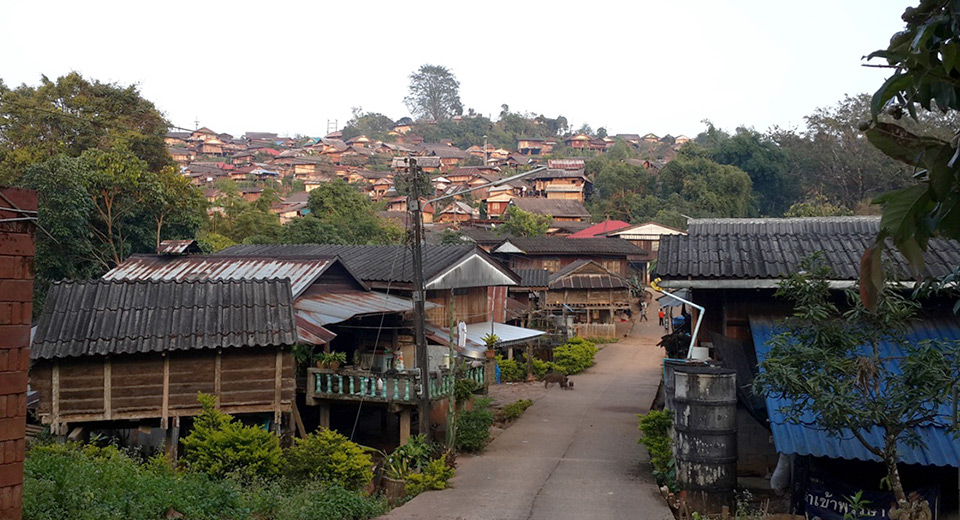 "... mountains are the communication centre that links the two realms earth and heaven together. Mountains, nevertheless, do not represent only geographical status, but also contain sacred meanings relating with the origin of the ethnic Tai tribes…" - Hongsuwan

Site Description
In the mountains of Chiang Mai live the Lua people, who have a strong spiritual connection to several of the local highland sites. Their ancestors have lived in the region for over 1300 years. They revere the good and the bad spirits with rituals with the family. The area is also a home to a rich, well preserved forest. With the arrival of tourism in the region, local authorities alter the landscape in ways which do not always have the agreement of the local people. The establishment of a scenic tower at the site of a sacred temple is the most prominent example.

Threats
As the focus of this study was mostly on the cultural and visual aspects of the land, the main threat here is regarded to be a concealed conflict between lifestyles pertaining to different religious or cultural streams. It seems to be a lingering threat with no foreseen sudden impact on the local biocultural values on the short term, but a persisting long term presence. The battle has briefly surfaced around the establishment of a tourist observation tower next to the emblematic temple on the Doi Suthep Mountain, which some natives see as a stain on the sacred cultural identity of the site. Another expression of this conflict is the question to which extent traditional Lua people’s farming styles are damaging or supportive of the ecosystem.

Vision
So far, there are several different visions for this area, depending on the organization or the people that are asked. While some groups are mainly concerned with protecting the natural values of the ecosystem, others aim at attracting religious and non-religious tourists and generate some income for the area. While these two are generally compatible through ecotourism, the Lua people themselves seem to prefer to keep most of their cultural shrines and practices as they are, given the fact that their lifestyles have served them well for over a millennium. Some academics are of the opinion that their traditional ecological knowledge should be taken more seriously by park managers.

Working together
So far, the Lua community network has not got very strong ties with the organizations in charge of the national park. The actions of the people against the tower have, however, led to negotiations and the agreement to remove the spire from its top and reduce the height of the tower by one floor. This may bode positively for future issues, as it has illustrated to the Lua people that the temple committee is prepared to listen to at least a part of their demands. Perhaps this may lead a closer trust relationship in the future.

Policy and Law
Temple authorities claim to have the legal rights and the ownership of the site, which they could use to reconstruct it at will. The location is positioned outside the protective authority of otherwise important departments of Fine Arts, Forestry and National Parks. The primary objective of the Doi Suthep-Pui National Park is to protect and promote environmental processes, while stimulating environmental education and recreation.

Ecology & Biodiversity
Doi Suthep-Pui National park’s mountainous ecosystem is part of the Thanon Thong Chai mountain range. Its climate is cool, with seasonal averages ranging between 6 and 23° C. Water is abundant in the numerous local waterfalls that support the growth of deciduous and evergreen forests with Oaks and Magnolias. The park houses over 300 nesting bird species, rare amphibians, the common Muntjac (Muntiacus muntjak) and the wild boar (Sus scrofa). Some people claim to have observed rare breeds of white barking deer and white crow, but presence of these animals has not been verified.

Custodians
The Lua are the most ancient inhabitants of the Doi Suthep-Pui National park, having a deep spiritual relationship with the mountain. They are traditionally animists, but are now under strong Buddhist influence. They perceive the landscape as something inspirited and have deep, sometimes fearful respect for their lands. Highly sacred areas such as mountain tops are believed to be inhabited by deities with specific magical powers. Lua people perform sacrifices of dogs and chickens to express their respect for local deities in family settings. They are not allowed to visit peaks. For farming, they use a crop rotation system with cycles of about thirty years, where one patch is used for nine consecutive years, then left to restore for twenty. Hunting is prohibited in certain sacred sites, and it is believed that those who break this sacred rule will meet a mysterious death. While the Lua people live their spiritual lives mostly on individual and familiar basis, village shamans, descendants from ancient leaders play an important role in bigger rituals educating villagers on the lore of their lands.

Action
The Chiang Mai people have raised protests against the building of the Doi Suthep watchtower, because of its diminishment of the original cultural sense of place. For some months, they represented their rights by marching on the streets of the city of Chang Mai.

Conservation tools
The farming system of the Lua people uses long lasting cycles for crop production, taking forest regrowth into account and avoiding soil degradation. The plantation of some rice species is timed according to the rainy season. Other edible crops, such as vegetables, herbs and fruits are planted on random locations in the rice fields. Soy beans are planted to fertilize the soil by nitrogen fixation. This way, the Lua people create diverse farmlands in which herbicides are effectively avoided. Upon instalment of a next farming plot, a 6-8 m stripe of trees is reduced to stumps, after which the interior forest patch is burned. The stumps gradually grow back to bushy forests in the time the forest patch is used for farming.

Results
While the natural heritage of the site is well-preserved and acknowledged by the local people as well as park authorities, work remains to be done to protect the cultural heritage of the Lua people. The negotiations on the scenic tower are the most promising result in that matter. Furthermore recent studies by national University contribute to new international awareness, and possibly support the bargaining powers of the Lua people in future conflicts.

"It is a misguided attempt to have the tower fit into the landscape traditionally dominated by the temple alone. In effect it results in a skyline image of twin towers atop Doi Suthep Mountain thereby diminishing the original cultural and visual dominance, sense of place and intangible cultural heritage of the temple." - Ponpandecha & Taylor 2016. 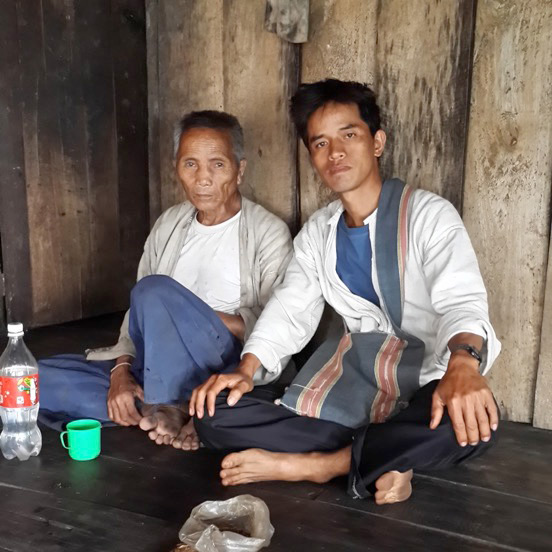 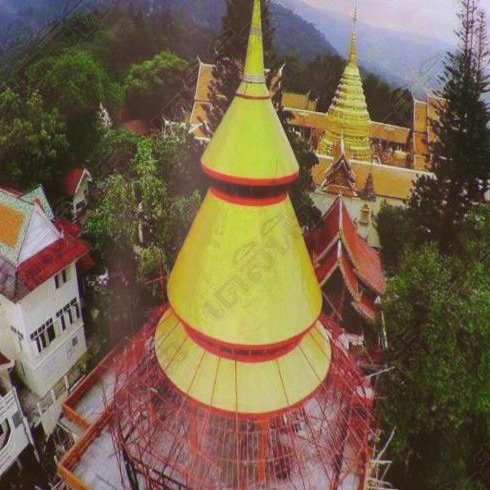 Observation tower Doi Suthep before the top part was removed 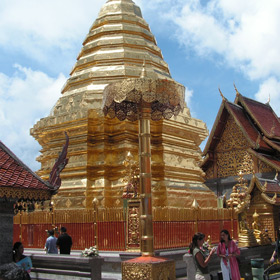