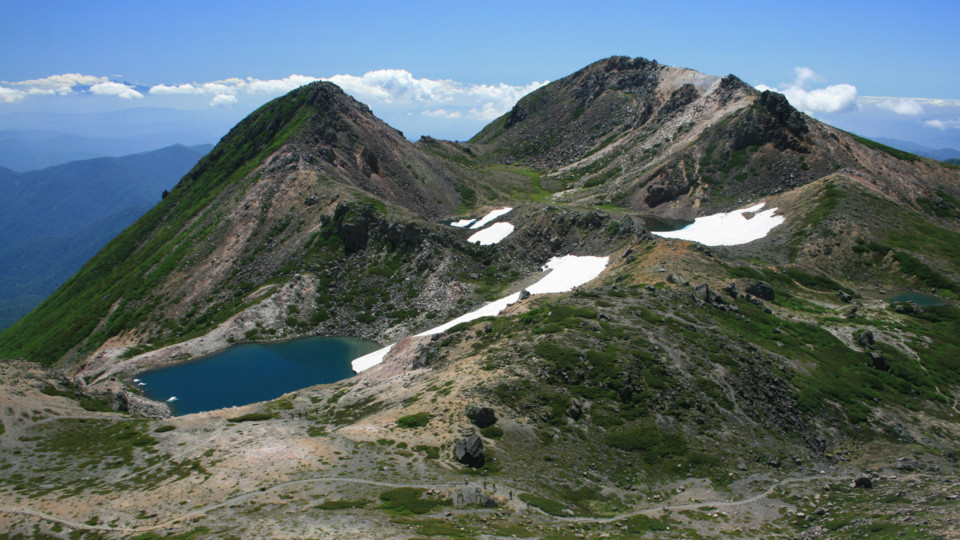 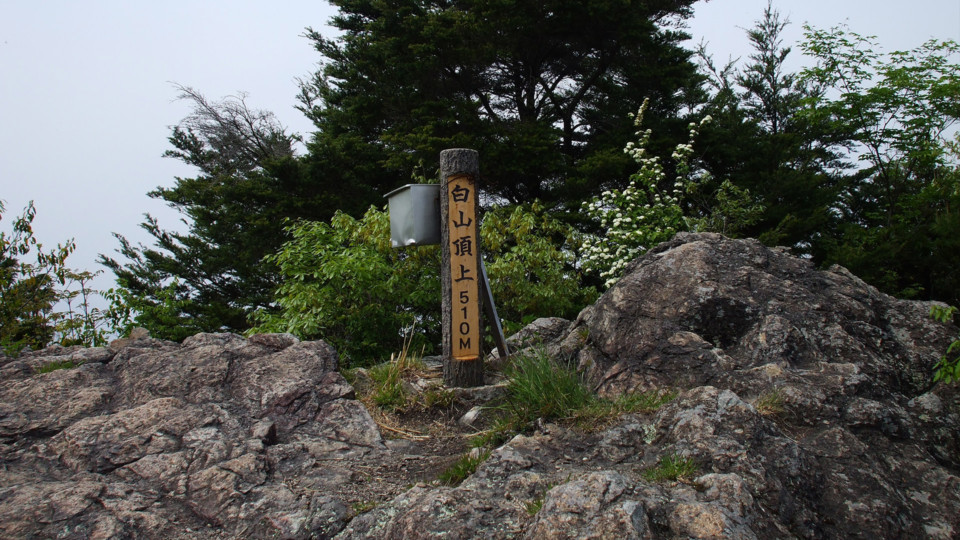 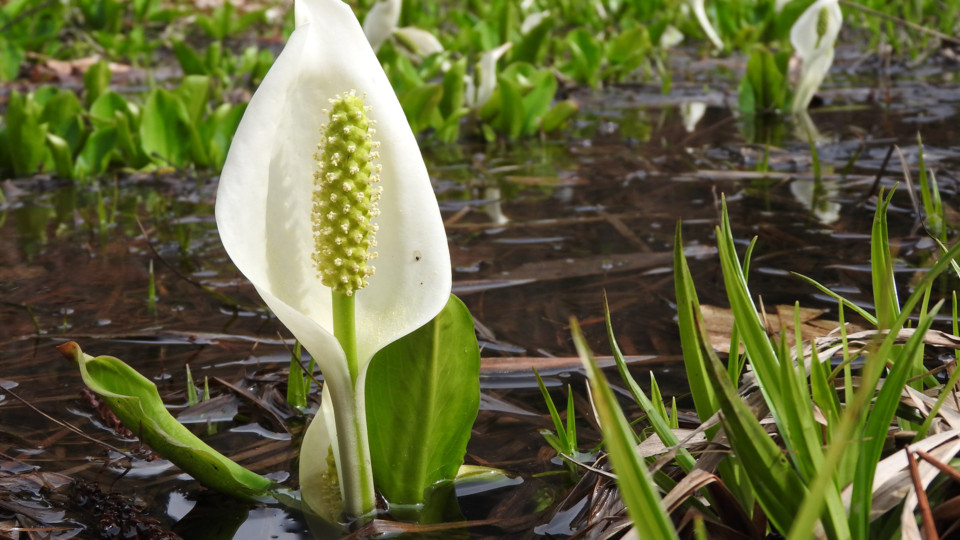 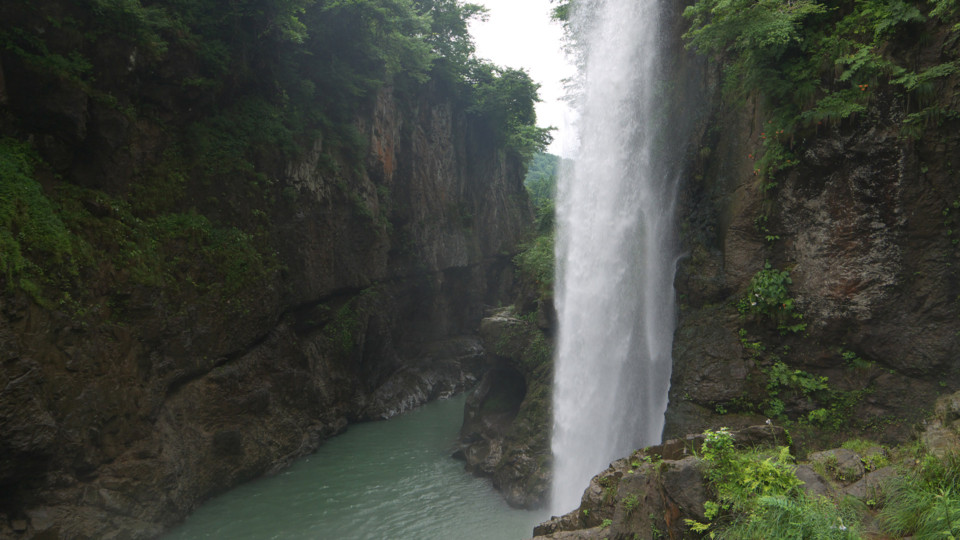 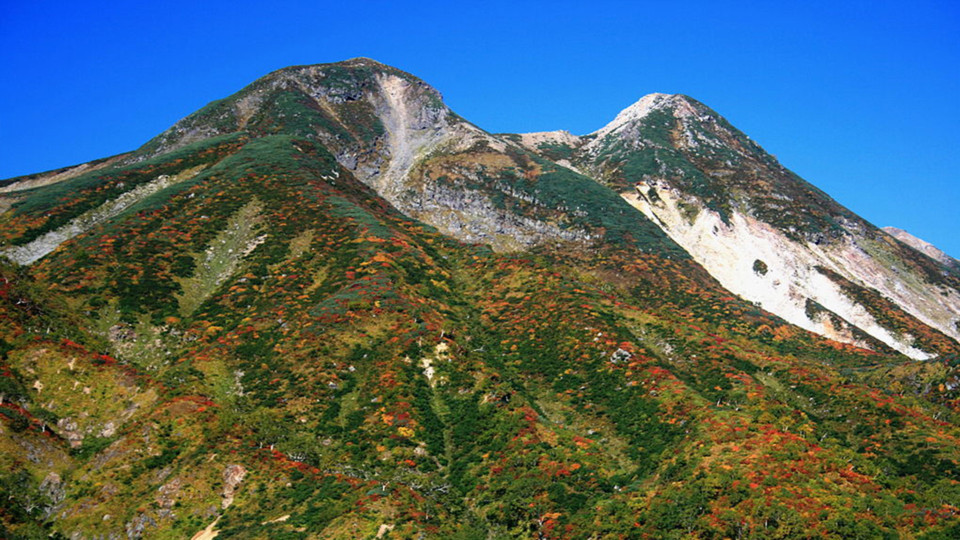 Site The sacred site of Hakusan (meaning: white mountain) is rooted in Japan’s Shinto religion, but the sacred shrine is said to have been founded by the Shugendo Buddhist Priest Taicho-Washo, who ascended the mountain to meditate. Hakusan has traditionally been a site for ascetic training for monks, who would arrive at the mountain via its network of sacred pilgrimage trails. Over the years, an increasing number of sacred shrines were located at the foot of each of these trails. The shrines are still a popular site for traditional ceremonies to thank the Gods, or to ask for a good harvest. The shrine at the peak of Hakusan is respected as a sacred site by people from the entire country, and is considered the head shrine for Hakusan worship and religious mountaineering. In total, there are 2700 shrines of the Hakusan religion spread throughout Japan. The Hakusan Mountain is part of a bigger national park and of the UNESCO ‘Man and Biosphere Reserve’ encompassing the four regions of Ishikawa, Fukui, Gifu and Toyama.

Threats While the natural values of the area are quite well protected, there is a diminishing emphasis on the religious culture of Mount Hakusan. Mountain climbing has been part of the cultural and religious tradition in the area since the coming of Shugendo Buddhism, but nowadays visits have become less religiously motivated. The mountain has become an object of modern hiking and mountaineering, and as such attracts outdoor tourism. This has led to an increase in arrival of mountaineers in the region, though the numbers are still relatively low around 50.000 visitors per year.

Vision The main vision for the Hakusan mountain shrine is that the ideology of nature conservation stays connected with its religious roots. The local culture is represented in the national park management plans, and traditional knowledge is used as a guide for ecological mountaineering practices for tourists. This way the ecosystem services, or blessings, as locals call them, will keep playing a role in the lives of the local people.

Action The main goal of Japan’s national parks is to preserve the landscape. However, more conservation oriented action was also necessary in Hakusan national park, such as species protection, enhanced forest protection and regulations for coexistence with nature. These extra efforts have made Hakusan national park into a model area how to achieve coexistence with nature in a sustainable way. In addition, policies and regulations are put in place to protect the ecosystem of the park in light of increasing tourism.

Administrative authorities involved with these decisions are the Environment Agency, the Forest Agency and the Japanese National Commission for UNESCO. Laws are currently executed in a satisfactory way. Outside of the national park, governance and legal tenure have been put in place to protect species and forest patches together with land owners. This led to more successful conservation and the area serves as a model for the surrounding region.

Ecology and Biodiversity The lower altitudes of the snow-capped mountains of Hakusan contains an old, well preserved beech forest ecosystem. It is a habitat for endemic mammals including the Japanese macaque (Macaca fuscata) and the Japanese Serow (Capricornis crispus) and birds including the wide spread Golden Eagle (Aquila chrysaetos). The icy highland streams house the Japanese Trout (Salvelinus leucomaenis). A variety of edible nuts, ferns and several bamboo species grow in the region. The high mountain areas house the semi-endangered Hakusan-kozakura (Primula cuneifolia) and the Chocolate Lily (Fritillaria camschatcensis).

Custodians The oldest custodians of Mount Hakusan are likely the guardian deities that are adhered to in Shinto, and later also in syncretic forms of Buddhism. The traditional lifestyle of the local people in the region is called Dedukuri. With the exception of the Shogendo Buddhists, who climb the mountain for religious practices, people would only set foot upon the mountains during summertime to produce food and charcoal using small-scale fire agriculture techniques. Bear hunting has been part of the traditional practices in the region until it was banned in 1962 when the national park was established. The local hot springs were visited for medical purposes. The population used to be completely self-sufficient, but demand for charcoal declined and the forestry section of the park has shrunk. Nowadays the traditional practise of Dedukuri is not in use anymore. However, local cultural practises have been incorporated into the management and visiting experience of Hakusan National Park in order to make the park more valuable to the general public and local residents.

Working together The Hakusan Tourism Association is one of the main stakeholders in the area, ensuring the development of sustainable tourism. The president of this Association is also the chief priest of the Shirayama Hime Jinja shrine in Hakusan. The aim is towards collaborative management of the area, where each player in the region, communities and NGO’s, and park management, shares a part of the responsibilities.

Conservation tools Information brochures in four languages serve to educate tourists about the environmental hazards of plant removal, littering and wild camping together with the laws and regulations linked to them. Informing tourists about the regulations is necessary, particularly around July and August, as it is not allowed to camp outside designated camping areas. Shelter huts and appointed areas provide free alternatives, and paid lodges can be used by visitor who desire more luxury.

Results Nature conservation through the coexistence of local people with nature, forms an example for nature conservations in the wider region. By this co-existing it is possible for all visitors to enjoy the blessings derived from the ecosystem. Also, participation of traditional local people increases knowledge of park management and the ecosystem, which leads to better conservation of the sacred area. Participation of the local population has increased their own awareness of the Hakusan national park and its ecological significance to their own lives, culturally and religiously.