The Japanese section of the IUCN World Commission on Protected Areas Japanese recently and proudly launched their translation of the “IUCN-UNESCO Sacred Natural Sites Guidelines”. 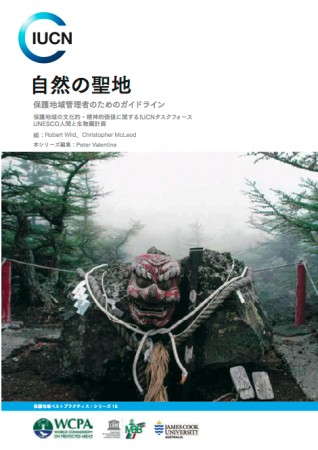 The launch happened late last month at the conference of parties of the Convention on Biological Diversity.  It was part of a series of events that highlighted the role of sacred natural sites and pilgrimage routes as areas of land under traditional management that often have significant levels of biodiversity as well as deep cultural connections for local communities.

The guidelines volume which is number 16 in the WCPA Protected Area Best Practice series had been in the making since The CBD COP 10 in Nagoya 2010. Here the Japanese presented a broad and comprehensive understanding of the importance of traditional knowledge systems and sacred natural sites in Japanese landscapes.

Mr. Naoya Furuta was instrumental in bringing together the sponsors for the translation project, the Biodiversity Network of Japan, and the the Keidanren Nature Conservation Fund, whose support is gratefully acknowledged.

The project was undertaken in collaboration with the Sacred Natural Sites Initiative and one of the editors of the Guidelines Mr. Robert Wild commented that; “Thanks go to our Japanese colleagues for this effort, which is now the seventh full translation, making the Guidelines the most translated volume in the WCPA Best Practice Series.  The shorter essential guidance section of these guidelines has additionally  been translated into another 4 languages”. 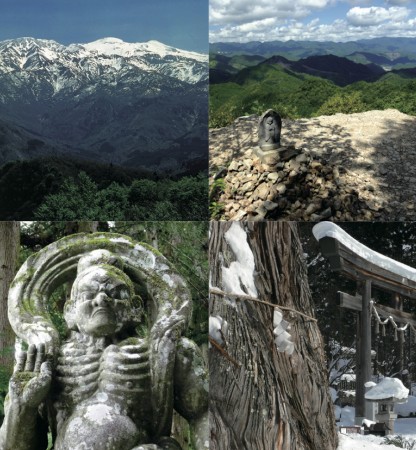 Sacred natural sites and pilgrimage routes exist around Japan. Many of them are mountains, forests and lakes which sacredness may extends to the whole landscape. Others are more confined like the Shinto sacred groves that also contain man made temples, many dating back to before the coming of Buddhism.

South Asian societies are traditionally marked by cultural, spiritual and religious traditions that value nature and seek harmony between people and nature.  The ancient Asian philosophies such as Satoyama, in Japan and Feng Shui, in China are examples of this.  The rapid and extensive economic development of the region is a challenge to environmental management.  It is here that national parks and protected areas play a role in today’s environmental management and the safeguarding of natural and cultural heritage.  It is hoped that the translation into Japanese, along with a recent Korean languages version will support protected area managers better integrate park management with sacred natural sites and their guardians, based on traditional values.

In the region’s thoughts and plans are now turning towards the first Asian Parks Congress which will be held in Japan at the end of next year (November 2013) where an emphasis will be placed on the philosophical and social dimensions of protected areas.

We, the traditional institutions, together with our elders, are reviving the power and authority of our spiritual leader to protect the forests. More forest should be developed into sacred forest. — Nana Asubonteng, Divisional Chief of Badu community, southern Ghana